ITV enjoy their wrap party at the Chum!

For four long months ITV have been filming down the road in Bunbury and the crew and cast have stayed with us here at the Chum in our Headmasters House bedrooms. They have enjoyed relaxing at the pub and dining with a very occasional Gin and Tonic after a very hard day’s work on set.

Where else would they chose for their ‘it’s a wrap’ party than the Cholmondeley Arms and a marquee went up for the whole cast and crew to enjoy a little Christmas cheer early and finally relax after a job well done!

Bunbury had been the setting for the six-part Second World War drama ‘Home Fires’, starring Francesca Annis and Samantha Bond and produced by ITV Studios. It tells how members of the Women’s Institute hold the fabric of society together while their menfolk are away fighting.

Filming began in September and continued until December, with some of the villagers appearing as extras. 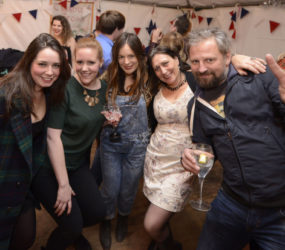 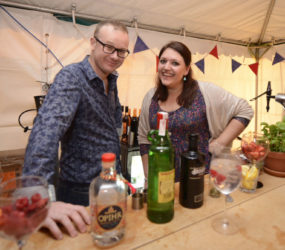 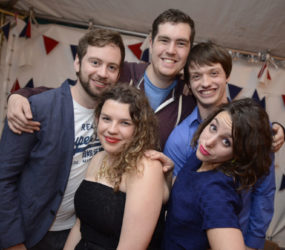 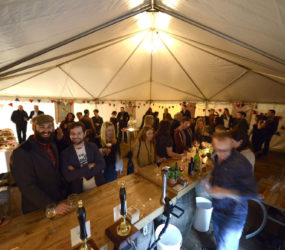 With a screenplay by Simon Block, who penned shows including Lewis and Casualty, the drama is inspired by Julie Summers’ book ‘Jambusters’ and is set to air on screens sometime in 2015.

Bunbury residents were informed of the news by leaflets posted through their doors explaining how their village would be affected by the filming, and also giving them the opportunity to feature in the show as extras.

“The women are real and engaging and have fantastic spirit and attitude. With World War II on the horizon, multiple strands of plot interweave to create a period drama full of jeopardy and intrigue, but also great humanity and modernity.”