Best in the business up for awards 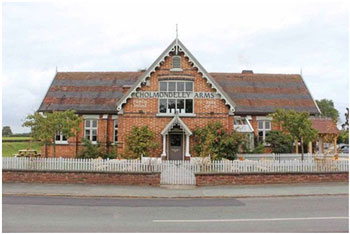 Cheshire businesses are celebrating after making it through to the regional finals of what have become known as the Rural Oscars.

Cheshire boasts competitors in three of the four categories after the North West received more than 300 nominations from the public for this year’s Countryside Alliance Awards – an increase of 100 from the 2012 awards.

The Cholmondeley Arms in Malpas is the only pub among the five finalists of the Local Food category.

Tim Bird, who owns the pub with his wife Mary McLaughlin, said: “We are a pub up against lovely bespoke artisan shops and that’s what pleases me most.

“The head chef has worked particularly hard with all sorts of people locally to bring different dishes to the table that actually reflect the effort that is going on locally. It is a collective effort.” 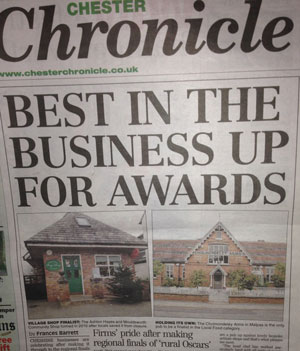